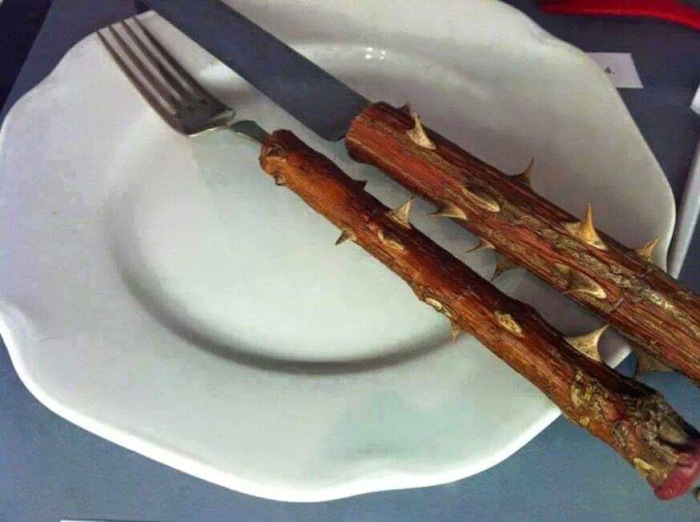 Don’t know the source to credit for this photo

I have NO intention of punishing myself with utensils such as these. Yes, I have gotten fluffy over the past few years, but I deserve more betta dan diss! My mouth is still pained when I attempt to chew anything other than mac n cheese–great diet food. Still, I have to eat what I can. I have made a few protein shakes–they weren’t so good, but that is probably because I didn’t have enough stuff to make them taste good.

I could go for a juice, but then I would have to go to the store to buy veggies to juice, I don’t feel like going to the store. My mouth still hurts. My sinuses still hurt. I still have a bit of a headache, but I have managed a few wine thirties and a couple of highballs of Tequila … that has been nice. Mikey has been sweet.  Life is painful, but GRAND. 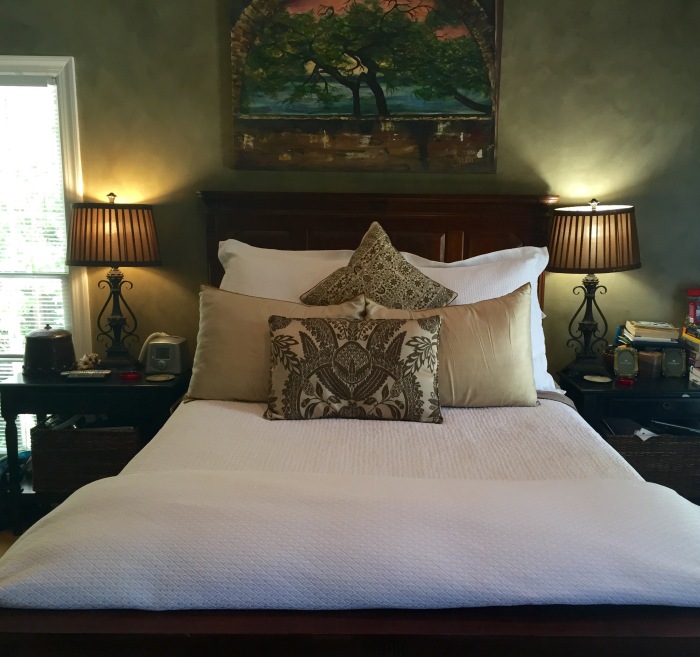 I have spent a fair amount of time in this spot. Well, when we weren’t making a video on how to MAKE a bed properly. You might think such a thing as a training on how to make a proper bed would be easy enough without a video–you would be wrong. As you would be wrong if you thought that sweeping, vacuuming, or moping didn’t need much-o instruction-o!  I digress … I have only stayed out of my comfy bed to make videos and then return as quickly as possible.  Most of the week I had a TV viewing buddy–my grand girly.  She LOVES to snuggle with me in the bed–alright–I love it too!!

I want to eat crunchy foods.  I tried crackers last night.  I did eat them, but I had to let them sit in my mouth to soften–GROSS!  I like crunchy foods Crunchy.  Just sayin.  You’d think this would make dieting easy since I can’t really eat … but all the foods that I LIKE and are healthy for you require a BUNCH of chewing.  I do like to chew.  I blended my meat last night that helped–I made homemade deviled ham.  I have always loved deviled ham, but as an adult my tummy won’t quite tollerate the Underwood Brand, so I have come up with a way that is a touch spicier and will sit nicely on my tummy. 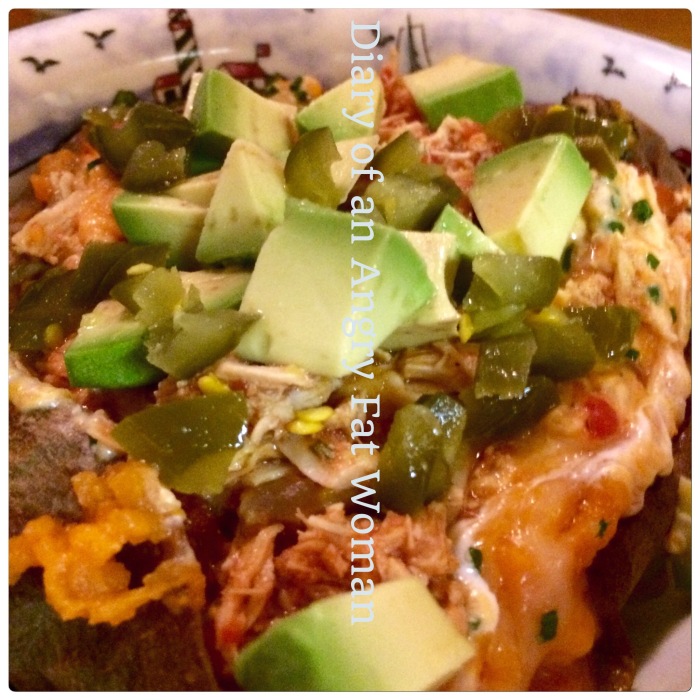 Most likely … what I will not be eating CRUNCHY today, but will be eating a baked sweet potato, my honey ginger ham blended, with peppers and avocado!  Not a bad meal, but still not what I wanted.  I want the parm crusted chicken fingers backed.  Come on y’all  I wanna eat a salad with crunchies on top.  Can’t even really eat a salad.  So I have been drinking them. 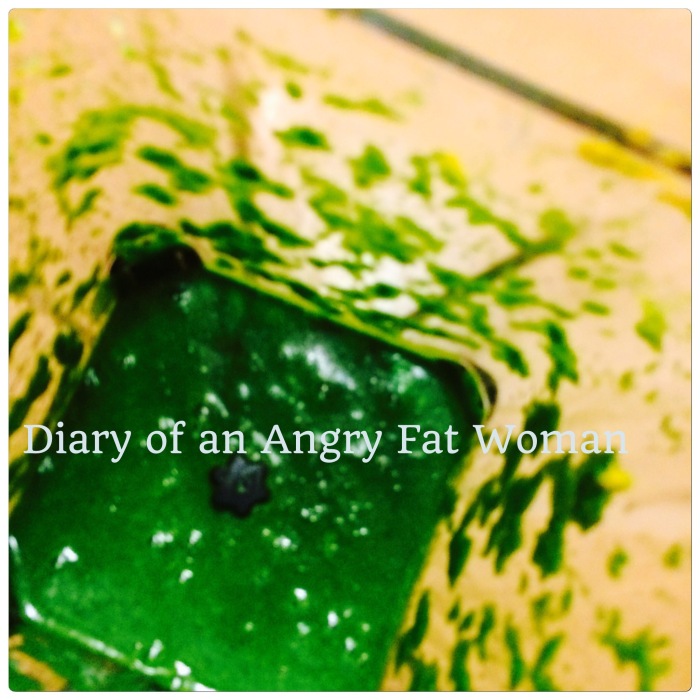 I am looking forward to eating without pain.  Until then … I will press on.
I am NOT mad at me for gaining weight.  I was angry about it for a while … today … I am just feeling empowered.  I think these teeth have been draggin me down for sometime.  Even thought I have not had much energy, mentally though I have felt strengthened and focused.

As to my bein hard on myself for regaining … There were too many factors at play … factors that messed this whole weight-loss-deal up for me.  I am not going to “OWN” my fattness … as in beat myself up because I pigged out, because I didn’t.  I tried some things that FAILLED, but I DID NOT FAIL!  I don’t understand folks who feel like they NEED to “OWN” defeat to overcome it … even to the point of discounting the factors outside their control that caused the situation.  I understand personal responsibility, but it seems mentally abusive to “OWN”  things you have no control over.  If “OWNING” it works for you … I think you should own it!  I am not dogging out anyone.  I would feel smacked down and self hating if I looked at myself in that light–but that is just me.

There are too many things and people who come along to drag fluffy people down … we don’t need to rag each other for what does or does not work in our lives.

I just have to keep pressing in and fighting for my fitness and my health as well as a smaller body.

What are you pressing for?